Why use a Wax Vaporizer?
Wax Pens are vaporizers in the shape of a pen used both for waxy material and concentrates. Wax Vaporizers come in many styles such as portable, desktop and pen style dab vaporizers. Wax pens are the most discreet dab pen vapes to use while remaining incognito. Concentrate vaporizers are the industries only type of vapor kits that are preferred to heat using the conduction method because it is the only way to produce large clouds. Please read our desciptions as well as watch the instructional video within the product page before purchasing.

Wax vaporizer pens are sweeping the market offering incredibly low pricing while still retaining great quality from most well known manufacturers. Similar to other types of vaporizers on the market, there is a selection of either a conduction wax vape or a convection wax vapor kit. Unlike the dry herb vaporizer, wax is more enjoyable when vaped using a conduction heating method. Here’s why:

Conduction wax heating method is the optimal choice by most because if its wide variety of coils. There are options such as the dual rod quartz coil, which seems to be the most popular at this point. Other great options include the ceramic and titanium coils. By placing the wax or concentrate above an open coil, the heat is instantly transferred allowing large vapor clouds to be produced.

Convection wax heating method is a great choice for the public eye. This heating method will distribute the air evenly within the heating chamber allowing only pure vapor to be produced. This will release lighter vapor with less of a scent allowing you to vape in stealth mode. When traveling on foot or at an event, this option would ideal with your medical marijuana.

Wax Pens
If you are in on the vaporizer craze that is currently sweeping the nation, you probably know at least a couple of things about the devices. You are likely well aware that they produce vapor instead of smoke, and that they are a much healthier alternative to traditional smoking devices. What you may not know is that vaporizers can hold substances other than eLiquid. Some have attachments that use dry herbs, while other are wax vaporizer pens where, as the name suggests, it is wax that is smoked or vaped. This may all seem a little confusing to some of you guys, so let’s clear things up by telling you how to vaporizer wax.

You will need a pair of parts in order to get started. First off, you will need a battery to power the dab vaporizer, as well a glass bubble that fits on top, and which holds the atomizer. There are a wide variety of styles available, but just make sure that you choose a pairing with the same connector (510 is the most common) so that you can create your wax vape pen.

The glass globes generally range in price from $15 to $40, and they contain a little coil that holds the wax. Those coils do tend to burn out every couple of weeks, so it’s always a good idea to have a couple of extra ones on hand. They are generally only a couple of bucks, so you are not looking at a major investment. As far as the battery goes, you may want to go with one that has an adjustable voltage meter, as you can then control the amount of vapor that you get with each hit. For example, if you are more interested in smoking the wax than vaping it, set the voltage at a higher number. If you just want to vape and save a bit of money in the process, choose a lower voltage battery that isn’t adjustable.

There are a couple of different wax atomizers that you can choose from All are good, and it just really depends how you want to load up your vaporizer. The thicker wax will require you to use a dabber in order to get the wax in there, but you can also get wax that can be easily broken off and rolled into a ball with your fingers for easy loading.

Once the vaporizing wax has been loaded, the coil replaced, and both pieces screwed back together, you are ready to go. Pushing down the button on the battery will fill the atomizer with smoke, allowing you to take a hit. If you are smoking marijuana wax and want a longer, sustained shot, simply press the button on the battery, release it, and then press again. Continue to do that to get a long stream of smoke and a satisfying hit.

It will pretty much be up to your own personal taste, but the general consensus is that the best vaporizer wax that you can get is the one that can be rolled into a ball for loading. There is a lot less mess and load times are a whole lot quicker. After all, do you really want to be wasting time loading when you could be taking a long, delicious hit off of your wax vapor pen?

Dream by The Kind Pen 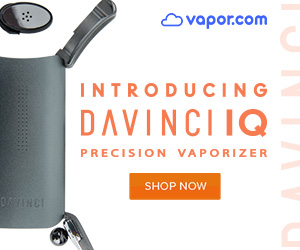